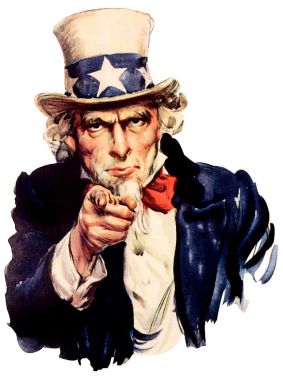 In his 1932 novel Brave New World, Aldous Huxley imagined a future where people exist solely to support the economy and are conditioned from birth to buy things. Government bureaucrats manipulate the sheep-like citizens with drugs and slogans to make them consume as much as possible. In Huxley’s vision, 26th-century consumers learn that “ending is better than mending” and “the more stitches, the less riches” – that is, buying new things is better than fixing old ones. But as I discuss in my book Meatonomics, this eerie futuristic fantasy – with government using marketing slogans and other undue influence to drive consumption – has arrived centuries early for US consumers. In the Brave New World of the 21st century – where big box stores and mega markets dominate the landscape – the US government uses innocuous-sounding “checkoff” programs to encourage people to buy more animal foods.

In fact, checkoffs make us consume much more meat, eggs and dairy than we would otherwise. Yet most Americans have never heard of these government programs, and for that reason it’s important to consider the dramatic impact checkoffs have on our consumption patterns and our lives. In this article, I explore seven surprising facts behind our government’s marketing of animal foods via these little-known programs.

Meat and dairy ads have bombarded American consumers relentlessly for decades.  You’ve seen the milk mustaches and the snappy slogans:

Beef. It’s What’s for Dinner.
Pork. The Other White Meat.
Milk. It Does a Body Good.

They’re as American as apple pie and as commonplace as ads for Ford or Chevy. Like an ink stamp, these ads imprint themselves on our subconscious and become part of our belief system. What’s for dinner? Without even knowing why, many think, Beef.

Checkoffs used to be voluntary, and producers opted in by checking a box. Nowadays, the programs are mandatory – just like any other tax. The way they work is simple: Congress slaps a small assessment on certain items, and the collected funds are used to pay for research and marketing programs that boost the goods’ sales. So when animal food producers collect $1 per head of cattle, $0.40 per $100 of pork, or $0.15 per 100 pounds of dairy, the funds go to national, state and regional marketing groups. There aren’t many Boston Tea Party–like protests when it comes to making the payments – because most consumers don’t know about checkoffs and most producers think their trade groups put the money to good use.

Nominally speaking, it’s producers who pay checkoff taxes – a fact they proclaim loudly and regularly. But that’s not who really pays for checkoffs.  Economists point to a tax’s “incidence” to describe who ultimately bears the burden of paying it. In the case of checkoffs, the cost is generally passed on to consumers in the form of higher prices. In other words, we pay extra to get both the product and the snappy marketing message. 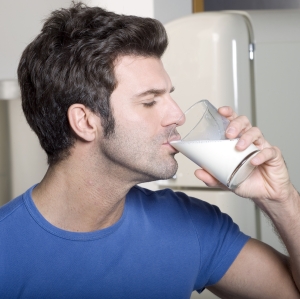 Across the board, checkoffs work remarkably well to make Americans buy more meat and dairy than we would otherwise. According to the US Department of Agriculture, for each dollar of checkoff funds spent promoting animal foods, “thereturn on investment can range as high as $18.” The pork checkoff program drives $14 in sales per dollar spent. The lamb checkoff lacks a memorable motto but still provides an unusually huge boost, driving additional sales of $38 for each dollar spent on promotion. But the biggest winner might be dairy, which boasted that over a year and a half, checkoff efforts contributed to more than 7 billion additional pounds of milk sold. That’s an extra forty-seven servings of dairy per person in the United States – above and beyond the hundreds of servings people would have consumed anyway during the period. Clearly, milk is up to more than just doing a body good.

All told, these programs provide funding of $557 million yearly for animal food producers to promote their goods. This massive, government-mandated marketing budget gives the animal food industry something few other sectors have: a huge marketing war chest to boost sales of all goods from all producers in the program. In almost every other industry, individual corporations must fork out their own funds to increase sales rather than rely on government programs to prop up their numbers. With checkoff programs, on the other hand, Americans buy more of nearly every conceivable animal food than they would otherwise. Like an insatiable diner, the animal food industry relishes the higher sales that result. Dairy promoters brag that since their checkoff program started in 1983, annual per capita consumption of milk “has climbed 12 percent to 620 pounds.” 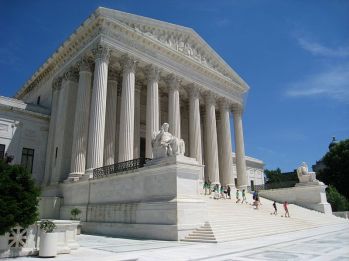 Some producers say checkoffs have been unfairly linked to government and are actually just the tools of good old-fashioned capitalism. They argue these arrangements involve only private firms who pool advertising monies without government participation, and their mission and methods are no different from those of any private advertiser. However, the US Supreme Court decisively rejected this position in a 2005 case involving the beef checkoff. In Johanns v. Livestock Marketing Association, the Supreme Court held the beef checkoff’s message was actually government speech(a form of speech the government can make others support). This holding from the highest court in the land leaves little doubt that checkoff programs, and the messages they generate, are the product of the federal government. So when one of these organizations speaks – regardless of the product it’s hawking – it may say it’s the National Pork Board, but the background sounds are the imposing bass tones of the US government.

Perhaps the most disturbing feature of checkoffs is that most Americans already consume more animal foods than the USDA recommends. Nonetheless, like a desperate salesperson trying to meet an unrealistic quota, the agency keeps using checkoffs to goad people to buy even more. One result is these programs impose billions of dollars in hidden costs on American consumers and taxpayers. Another is that they further sicken an already-ill nation. Ultimately, perhaps the question we should ask ourselves about checkoff programs is: Got Milked?