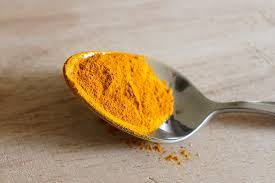 Growing evidence suggests that turmeric may afford protection against neurodegenerative diseases. Epidemiological studies show that in elderly Indian populations, among whose diet turmeric is a common spice, levels of neurological diseases such as Alzheimer’s are very low. Concurrently, experimental research conducted recently found that curcumin does appear to slow the progression of Alzheimer’s in mice. Preliminary studies in mice also suggest that curcumin may block the progression of multiple sclerosis. While it is still unclear how it may afford protection against this degenerative condition, one theory is that it may interrupt the production of IL-2, a protein that can play a key role in the destruction of myelin, the sheath that serves to protect most nerves in the body.

A number of studies have suggested that curcumin, the biologically active constituent in turmeric, protects against Alzheimer’s disease by turning on a gene that codes for the production of antioxidant proteins. A study published in the Italian Journal of Biochemistry(December 2003) discussed curcumin’s role in the induction of the the heme oxygenase pathway, a protective system that, when triggered in brain tissue, causes the production of the potent antioxidant bilirubin, which protects the brain against oxidative (free radical) injury. Such oxidation is thought to be a major factor in aging and to be responsible for neurodegenerative disorders including dementias like Alzheimer’s disease. Another study conducted jointly by an Italian and U.S. team and presented at the American Physiological Society’s 2004 annual conference in Washington, DC, confirmed that curcumin strongly induces expression of the gene, called hemeoxygenase-1 (HO-1) in astrocytes from the hippocampal region of the brain.