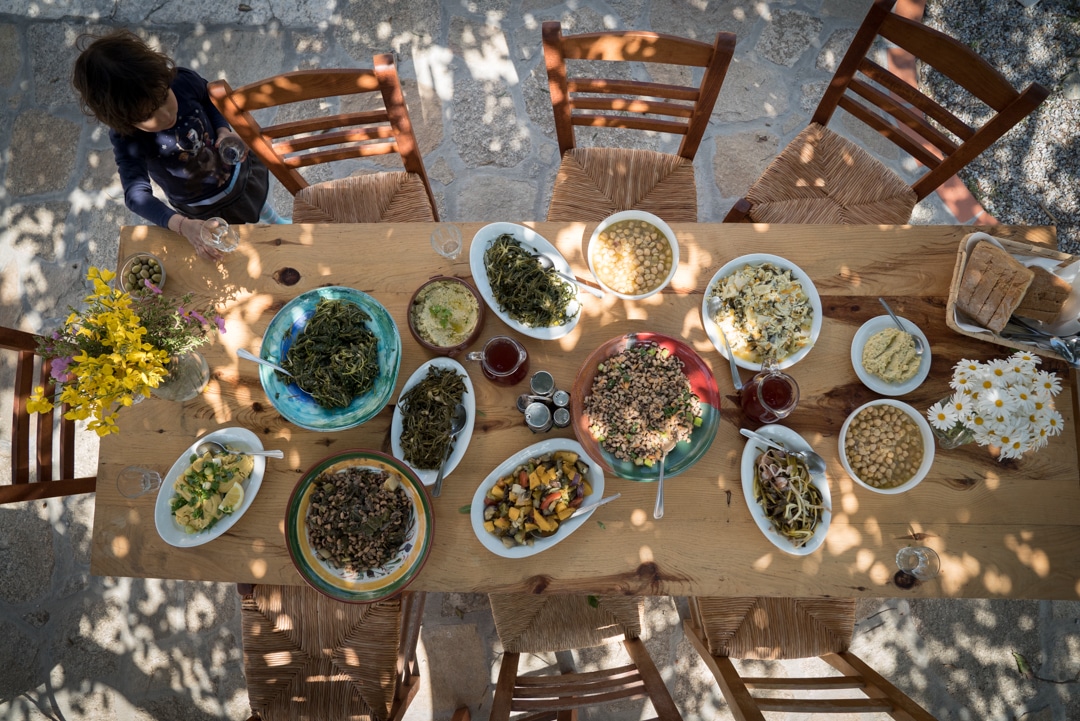 Diet and Dementia: What Foods Increase or Decrease Alzheimer’s Risk?

In the Blue Zones region of Ikaria, Greece, dementia among people over 85 is rare—over 75 percent less common than it is in the United States. (About half of Americans over 85 years show signs of Alzheimer’s disease.)

Depression, cardiovascular disease, and type 2 diabetes are also rare. Ikarians eat a more austere form of what Americans call the Mediterranean diet, and what we call the plant-slant diet common to all Blue Zone areas: 95% of their calories come from plant foods and meat is eaten sparingly.

The NutritionFacts video below breaks down the science of why dementia is much lower among people that eat a Mediterranean-style diet. We also give a short summary of the video below.

Video Summary: There is considerable scientific evidence that healthy dietary patterns such as the Mediterranean diet are associated with lower Alzheimer’s risk and slower cognitive decline.

The Mediterranean diet* is high in vegetables, beans, fruit, and nuts, and low in meat and dairy. But what are the protective components in the diet? Looking at the research, the important dietary differences seem to be the high plant consumptionand the lower fat consumption.

*The Mediterranean Diet (MeDi) referenced in the studies is characterized by: