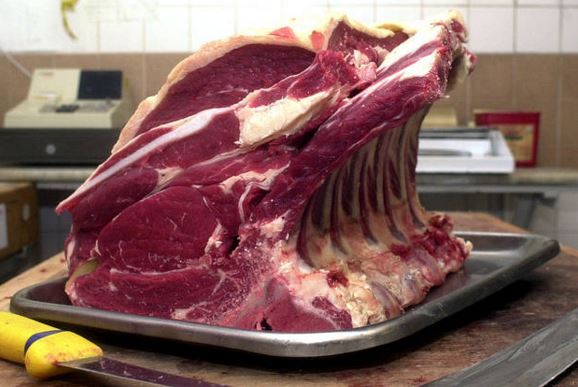 A new commentary just published in the British Journal of Sports Medicine contends that saturated fat is uninvolved in coronary artery disease. Before you get too excited: the commentary is comprised only of theory and opinion, none of it new, all of it expressed by these same authors before. The cited support involves no new research either.

I confess I don’t understand why hypothesizing by several cardiologists who have expressed this opinion before, involving no new research, citing review articles from two and three years ago on the causes of coronary artery disease should be worthy of publication in the peer-reviewed literature. Generally, it requires more than mere speculation, let alone repeating prior speculation, to clear that bar. I further don’t understand why, in light of all the new research coming out weekly, a commentary lacking both novel comments and new research should be newsworthy. But the media picked this one up just the same.

But perhaps we can account for it after all. The authors make a theoretical argument to contend that saturated fat is not a cause of heart disease. There is nothing we seem to like better in the nutrition space than hearing that everything we thought we knew was wrong, and renewing our license to procrastinate and eat whatever we want. This particular scientific journal’s parent has earned a dubious reputation for favoring dietary dissent over consensus, for whatever reasons. As for the media, there is nothing they tend to like better than an endless sequence of comforting the afflicted and afflicting the comfortable, because perpetual confusion means you will need to tune in tomorrow for the newest “truth” populating the most recent 20-minute news cycle.

There’s just one problem with all of this theorizing: there is nothing theoretical about coronary disease. Heart disease remains the leading cause of premature death among men and women alike in the U.S., and increasing portions of the world. Heart disease is not hypothetical—it is an almost entirely unnecessary epidemiological scourge siphoning years from lives and life from years.

The new commentary is, in a word, wrong. It is not necessarily wrong in every particular about saturated fat—there are some legitimate uncertainties there. It is wrong in the whole, because it commits the willful deception, or classic blunder, of conflating the part for the whole.

The choice of citations in this commentary is highly selective, very limited, and the interpretation of the studies is flagrantly biased. These authors didn’t ‘happen upon’ this opinion because they just reviewed the literature and found a surprise. They are well established, even famous, for espousing exactly this opinion—so they knew the answer before ever they posed a question. Science tends to be better when the question precedes the answer.

Their conclusion that saturated fat is exonerated is based on straw-man arguments. For one thing, it is very hard to isolate the effects of saturated fat. This is because saturated fat is a diverse class of nutrients with differing effects; because saturated fat is consumed in foods, not by itself; and because more of THESE foods in one’s diet ineluctably means less of THOSE foods. Consequently, the attribution of health effects to just one dietary factor is very difficult. The more enlightened researchers in this space have long shifted their focus to overall dietary patterns, and there—the evidence is nothing short of overwhelming: dietary patterns that produce the best health outcomes overall, including less cardiovascular disease, may be high or low in total fat, but are invariably plant-predominant and low in saturated fat.

The best evidence regarding the best diets all points to wholesome foods, predominantly plants, in sensible combinations—but provides no decisive evidence that any one level of total fat is best. What matters are the sources of that fat, with nuts, seeds, olives, extra virgin olive oil, avocado, fish, and seafood favored.

High-fat Mediterranean diets have shown great results, but so have vegan and vegetarian diets, and very low-fat omnivorous diets like that of the Tsimane, so recently in the news. The Tsimane reportedly derive up to 72 percent of their calories from carbohydrate; have very low dietary fat intake; experience inflammation on which the current authors blame coronary disease, but due to infections not eating sugar; and yet have the cleanest coronaries ever studied. Fat level, per se, simply does not appear to be a relevant consideration. But the kind of fat, and the sources of that fat, clearly are. Why would these authors conflate the two?

Why, in particular, would they fail even to mention the Tsimane if their commentary were aiming at illumination on this topic? The answer is—they would not. They failed to mention them, or any studies at odds with their predetermined conclusion, because their goal appears to be self-promotion born of controversy. Controversy sells.

To be fair, there are some valid points in the commentary, but they are so lost in a haze of obfuscation that they are devoid of all value.

Imagine a commentary arguing that, in theory, one particular compound or group of compounds in cigarettes is not responsible for emphysema, or lung cancer. We might already be convinced that these compounds are involved, based on the weight of evidence. We might have meaningful, residual doubts about the specific role of these compounds relative to other constituents of tobacco. But we know for sure that cigarettes, per se, are overwhelmingly linked to both emphysema and lung cancer.

But—not so fast!—our commenting theorists tell us. They remind us of the want of randomized controlled trials. They focus their discussion on this one compound, and point out the uncertainties and methodologic challenges in linking this particular moiety to lung cancer. They espouse theories about general mechanisms—random mutations and the inflammatory effects of psychological stress. They cite very impressive sounding work, such as papers in Science telling us that random mutations occur routinely. They systematically avoid citing any impressive research addressing less comfortable areas, such as the paper in Nature indicating that the majority of all cancer is preventable by modifying lifestyle, with avoidance of tobacco at the top of the list. And, they avoid any mention of staggering volumes of evidence establishing the association not between one chemical, but tobacco itself—with emphysema, lung cancer, and other highly undesirable fates.

Such an argument would be almost exactly analogous to the one now making news. The commentary is mostly wrong, but even when it isn’t wrong, it is profoundly misleading—unless you think uncertainties about which chemical in cigarettes is guilty of tobacco’s crimes against humanity, as a license to go back to smoking until the experts sort it all out.

In a paragraph in the middle of the new commentary, the authors all but declare their profound bias, and commitment to finding and citing only evidence in line with the opinion they owned at the start. They contrast a “low fat” diet deriving 37 percent of calories from fat, with a healthy Mediterranean diet deriving 41 percent of calories from fat, and use the favorable outcomes in the Mediterranean diet arm to dismiss and disparage “low fat” diets, and by insinuated extension, diets generously comprised of mostly vegetables, fruits, whole grains, beans, and lentils.

What isn’t preposterous about this reasoning is just plain mendacious. First, 37 percent of calories from fat is higher than the typical American diet; calling it low-fat is truly bewildering. This is like contrasting 37 cigarettes a day to 41 cigarettes a day. If you think lack of decisive benefit from those four fewer daily cigarettes means it makes no difference whether or how much you smoke, this commentary is for you!

Second, the paper was, as declared in its own title, about saturated fat—what does low total fat (whether described fairly or unfairly) have to do with it? Nutrition experts around the world all but uniformly emphasize the variety and balance of fats over the total quantity, a position formalized in the 2015 Dietary Guidelines Advisory Committee Report in the U.S. Personally, I have long concluded that total fat content is a very poor indicator of diet quality, just as total carbohydrate is. Avocado and wild salmon are high in fat, and so is pepperoni pizza. Lollipops are high in carbohydrate, and so are lentils. A focus on macronutrients is yesterday’s news, was yesterday’s news yesterday, and in the context of the new commentary, is a diversionary tactic.

Speaking of fats and carbohydrates, these authors go on to borrow a page from the playbook of every “it’s all about the carbs” iconoclast preceding them, suggesting that coronary disease is due to inflammation, and that, in turn, is due to refined carbohydrate and added sugar. The problem here is the obvious one: there is no need to choose. Those of us who know that beans are much better for you than bacon-cheeseburgers also know that water is much better for you than Kool-Aid, and steel-cut oats far better than Pop-Tarts. The idea that you need to pick a dietary scapegoat is one of the great boondoggles of modern public health, and only serves the interests of the junk food industry—ever ready to put lipstick on a new pig.

As for the authors’ references to the Mediterranean diet, I can only say I share their enthusiasm. But what the PREDIMED diet showed, and the Lyon Diet Heart Study before it—is the superiority of a diet high in unsaturated fat from olives and avocados, nuts and seeds, and to a lesser extent fish and seafood—to a diet high in sources of saturated fat. THERE WAS NO ‘LOW FAT’ DIET IN THE COMPARISON. That contention is either willfully misleading or an indication of plain ignorance.

I do have one hypothetical provocation of my own. Let’s imagine that a diet rich in beans, and a diet rich in beef, were comparably good for our coronaries. The evidence indicates that is untrue, but let’s pretend. If we really had such options for health, we would still have no real option for the environment. The environmental argument for plant-predominant diets is, if anything, stronger than the health arguments. For academics in the public health space to offer dietary advice in the age of climate change and ignore the planetary impact of choices made by 8 billion hungry Homo sapiens is a sad abdication of an obvious responsibility we all share.

There is nothing hypothetical about coronary artery disease; it is a real, clear, and omnipresent danger. Its association with dietary patterns and key dietary components is reliably established by staggering volumes of evidence these commentators simply chose to ignore. If you are inclined to buy this misguided and misleading theorizing about diet, keep your credit card handy; I am confident that tobacco industry theorists have something to sell you, too.