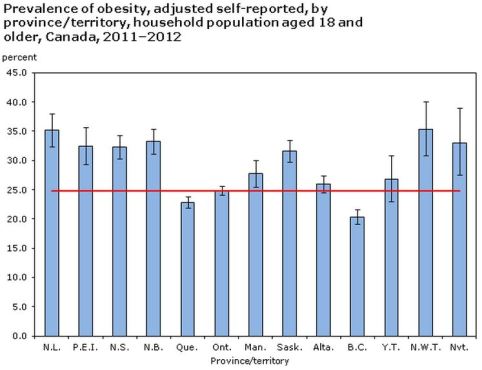 Obesity is best described as a condition in which excess body fat has accumulated to such an extent that a person’s health may be adversely affected. Obesity has become one of the world’s greatest health concerns and threatens to undo gains made in life expectancy during the 20th century.Note 1,Note 2 An extensive body of research has found associations between excess body weight and numerous chronic conditions, including type 2 diabetes, hypertension, cardiovascular disease, gallbladder disease and certain types of cancer. Nevertheless, the amount of excess fat, its distribution throughout the body, and the associated health consequences, can vary considerably between individuals.Note 3,Note 4 Despite cultural norms that stigmatize excess weight, and strong evidence of its adverse health effects, the prevalence of obesity continues to rise.Note 5

Learn how to lose  weight, achieve your natural healthy weight. Only by understanding how food relates to obesity and disease will you be motivated to change. Lose the weight, get healthier, enjoy eating more, all through understanding.